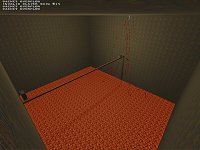 Vondur the Great has returned!!! Yes after Lilith, Zed2, Zed, Hook and Ferrum, we have another fantastic map, its Sadism! Or is it?

Before I can even begin to review this map I think something needs to be explained. Unbeknownst to us in #terrafusion 6 months ago Vondur was involved in the massive black market trade of Pokemon goods in Russia. Whilst his initial involvement was simple enough, he just wanted enough money to buy a Happy Meal from McDonalds, in the end it certainly was not.

He became addicted to the yellow creature of epileptic fits and wanted all things Pokemon. He started smuggling and stealing and that was ultimately his downfall. Of course what with our slow reactions and dim minds we didn't spot anything was wrong in #terrafusion until it was too late. The signs were certainly there. Vondur was stealing both Bal's and Killes's spending money and had started insulting Zippie by calling him an inefficient and out of date archiving format.

We got him help though. He was submitted to the Moscow Mental Institute where he now lives for the rest of his days. His rehabilitation isn't complete though, the ordeal has left him partially insane. They have however worked wonders on his Pokemon addiction. The slightest mention now sends him into fit:
[00:59]

The main sign of his insanity are the constant mumblings in Russian:
[21:54]

To help with his rehabilitation we suggested he started mapping again. We thought a high quality map from him would do him no end of good. Vondur didn't see it that way. After a stint at the top, he wanted to look into other areas. His choice was somewhat surprising. He'd chosen the high competition-mapping sector, that o 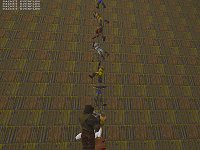 f low quality maps. He thought it would take all his knowledge and effort to compete successfully, and succeed he has.

The last time an incident of this scale happened was when Preacher's mapping archives were raided and his first map was sneaked out for all to see. At the time I was weak, young and foolish and unable to cope with immense pain. So at short notice our super secret Italian agent, Escher, was brought in especially to review it. He succeeded where I didn't. But this time, I AM READY! OH YES! After an extensive 8 month Rocketman survival course I can take any map you throw at me!!! AND THIS TIME I'M GONNA NAIL THIS BITCH!

So what has Vondur given us? Well I'll tell you straight. Its shite. Utter shite. Strictly speaking I shouldn't even be reviewing this, its more like a SP map and that's Shamblers territory. The entire idea is to hit the rune by walking across a wafer thin walkway. The problem is I seem to get repeatedly knocked of halfway across by some weird force.

Bah, who am I kidding, its brilliant! FFA just 0wnZ. The bots love it. They create a route for it in milliseconds and just look at the screen shots to see just how much fun they're having!

All I've got to say is download it now! This marks the beginning of a new era in mapping but it is a sad occasion as well because we must morn the loss of Vondur the Great… 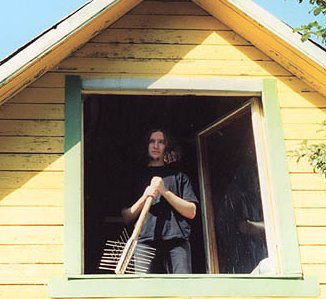 …and welcome Vondur the Insane!!! 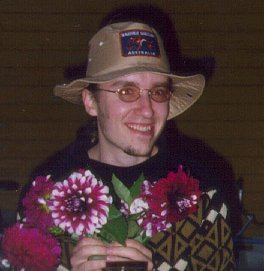 I've got some ditches you can dig for me.

Do you want a ditch dug?