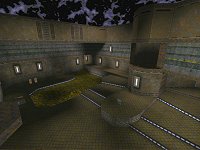 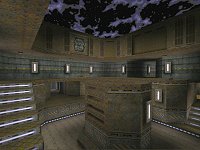 /me grins evily at CardO

Paul, what about DranzDM1??
It was alright as first maps go, but I wouldn't say it's as good as CardDM1.
I guess it's debatable, but only just.

I said DanzDM1, CardO knows what I mean =)

hehe.. Paul said first Released map.. and as i didn't really release danzdm1 then it don't count boy =P but when i get my site up u'll be able to get it from there Grind as i know how much u love it and all.. =o)

Oh fuck it.
I publicly sandpaper my ass as penance for my horrible lack of vision and general inability to read properly.

in the title to the previous e-mail the word "slap" should appear within a double set of ickle brackety things (action marks).
emphasis on the word should.
Some one sort it.

... and remember that now you are prepared for the Real Thing: QUAKE 3!