Thank you to Killer for contributing. Here is his interview...

Hmmm, tricky one. I would probably say that MKRUST - The Rust Bucket is one of the best. That  and also KTDM3 - The Colosseum and KTDM5 - Enemy Mine. 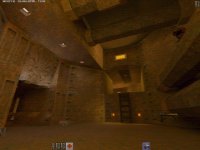 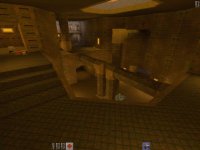 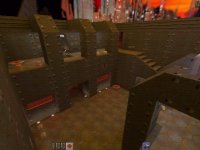 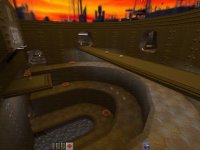 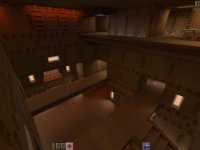 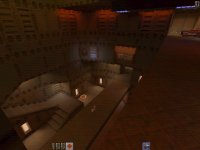 Well MKRUST was a kind of breakthrough map that seemed to get me a little bit of recognition as it was given a good review by Gonzo over at Gonz-O-Matic and I got quite a few nice mails about it too. KTDM3 is my best attempt at a large map for lots of player and I think it works really nicely. The version that is currently available is not nearly as good as the final version that will be included in KT-imPAKt though. KTDM5 is an excellent one-on-one map even though it wasn't intended to be. I think it looks nice and most importantly plays great (this map is not currently available as it is a KT-imPAKt "pack only" map).

Well my first map that I published was called MKSUPER - Superposition (no longer available for obvious reasons) and although I thought the world of it at the time, looking back it is damn poor. It has 3 very boxy rooms and almost no architectural detail. I like to think I have learned a lot since then :-)

I seem to be one of the only mappers that does a fairly detailed sketch of the layout of my maps before I hit the editor. I think this really helps you get a map that will play good but most people seem to disagree. I think another good tip is to play lots of custom maps, you can learn a hell of a lot by looking at other peoples efforts whether it is how not to do something or great architectural features and gameplay ideas. Please don't think that I am condoning ripping off other peoples work here, I am just saying that you can get a lot of inspiration from other maps (although there is a fine line between inspiration and copying). Finally don't underestimate the effect of ambient sounds in maps, they add a lot to the atmosphere and make the place feel more real.

I've always been interested in the construction of things, lego, models etc. etc. and mapping is just another cool construction kit (which has infinite possibilities). Starting with a void and ending up with a cool map that you can deathmatch in is very rewarding. The icing in the cake is hearing that other people are enjoying playing on your maps.

Thanatopsis and myself are currently working on an 8 map pack for Quake II called KT-imPAKt which is keeping us busy for the time being. Once this is complete we are going to try and get it on some servers and coverdisks and get people actually playing the maps. After that I am probably going to make a map for Quake III to get used to the new engine and gameplay and after that there is talk of a KT-imPAKt 2 for Quake III :-)

Undoubtedly Quake II. I never showed any interest in Quake I when it was released as I was happy mapping for Duke Nukem 3d at the time. I do now have Quake I installed on my machine but I don't play it on the net. I have played it briefly and it is good fun but I much prefer Quake II with it's more balanced weapons (apart from the god forsaken HyperBlaster) and of course far superior graphics. I like the pace of Quake I but I think that it turns out to be a mad dash for the Rocket Launcher in the end (but that is probably due to my limited Quake I experience).