Thank you to Bal for contributing. Here is his interview...

Uhm... well I guess my "top" 3 levels are my 3 last ones, but the ones I personally appreciate the most are Baldm2 - In the Vault, Baldm3 - Tainted Meat and Baldm5 - When the Beats Prevails (although there are some maps i haven't released yet that I prefer). 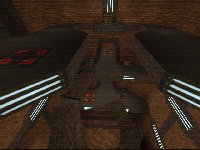 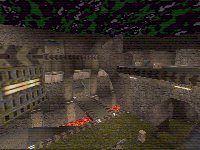 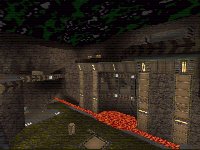 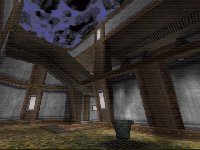 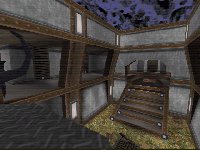 Baldm2 cause its my first "ok" map, and i really like how it looks and plays, simple and fast.

Baldm3 is definitely the map I got most good feedback on, lots of people seem to like this map and Im happy about that cause it took me a damn long time to make, I dont think there are many maps that have such a "vast" feel to them (although i don't think its a top playing map).

Baldm5 is my latest release, I really liked the texture set Killjoy rigged up and I was so inspired that i built this map in around 3 days, i think it plays well and has a general good feel to it.

3. Which is your least favourite level, if you think you have one!.

Well, technically I havent released my least favourite map =) but from the ones I released I guess its Baldm1 although I like it anyway cause it turned out exactly the way I wanted it to (for looks that is).

I've used lots of editors as I learned quake editing, but Worldcraft is definitely the best one I found, although Qeradiant is also cool, but a bit less user-friendly

Uhm... well, the only way to learn is to keep on trying! there is no such thing as natural born mapper! =) the best way to learn of course is to look at other maps, just see how other mappers did things, and what good connectivity works, mapping is actually really easy then (just need a bit of imagination then).

Around 2 years, but I didn't make anything really great until Baldm1 (october 98).

Uhm, just creating something cool that I can run around in =) then making it playable, and then its cool to hear people are actually playing ur maps =)

Well, nothing in particular, of course im hoping to start quake 3 arena editing, and Im also thinking of trying making sp maps for some other games like Wheel of Time. Other then that I think I'll continue making quake1 maps cause I think its gonna stay the funniest game around.

Quake! Quake2 is to limited for textures, plays to slow, I just dont like that futuristic crap. Quake1 is fast and furious, no game has ever done what it does to me =)