Addition (5/12/98): Peej emailed me and changed his top 3 levels. I've kept the originals there and just added the new information.

Big thanks go to Peej for contributing to this section of the site. Please note that this interview was done back in September whilst Peej was making Strafin3, so some answers may seem wierd. (But thats my fault for not putting the interview up quickly enough!) Oh and I left the spelling mistakes in =). 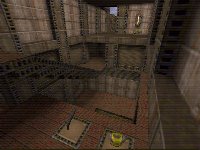 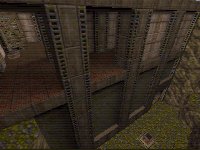 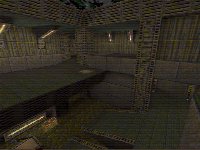 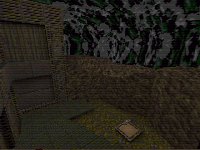 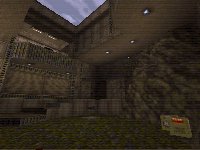 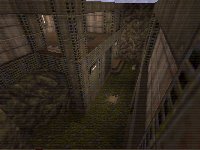 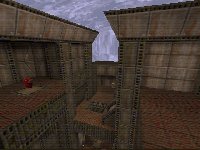 cos i ain't made that many. 3 is a lot to me, on average i put out a new map every 2 months, sometimes longer, but mostly 2 months. so it takes time. i've been mapping for a while, but it takes time to become anywhere near good, so....

PeejDM2, basically it sux. i was still getting started on mapping big time, then this thing called Q2 turned up and it looked amazing. to PeejDM2 got sorta pushed out so i could start Q2 mapping.

practice, a lot, and don't be affraid to throw stuff away. also, scale is important, not too big so as ppl have to run miles, not too small ppl can't get away (and do a little RJump when they wanna). another thing is corridors, IMHO corridors are evil, then sap away the action. look at a classic DM map like Rapture1, no real corridor so the thing plays really fast and furious. try to make rooms naturally move into each other, but saying that it's hard to do while keeping r_speeds down. it's a matter of balance. anyway i could rant on for ages, for more check out http://www.barrysworld.com/peej/toptips.html

i mapped for Doom, then Quake appeared and i started on that, but i sucked, i sorta gave up for a while, and concentrated on The Pineapple. anyway, it's a long story, i quit the Apple and then had more time for my mapping, and it sorta took off from there.

playing them :) i love playing Q1, it's just the best fun. other than that, it has to be other ppl playing them. odd's GGH server (had to get my plug in somewhere :) is just great, it's cool to know that ppl are playing ~my~ map on-line. that's such a thrill, its just cool.

just to keep going. Strafin3 is scheduled for release at the beginning of october, then i'm moving onto a new series. i'm currently working on the texture set, so far it's a sorta mix of id's base textures and DaPak style stuff. looking good :)

do you really need to ask. Q1 kicks ass every time. Q2 has no thrill. anyone can pick up a weapon and kick ass. in Q1 you need to work your way into the game. plus you need skillz. you can always become better at Q1, if you don't play for a while, you become obviously worse. none of this is true of Q2. i guess that is good for the casual Quake player, but for the dedicated player, it's just no fun. RJumping in Q2 just don't feel right, and since when have you seen a guy jump on you from above and bombard you with rockets in Q2?