Thank you to ProdigyXL for contributing. Heres his interview... 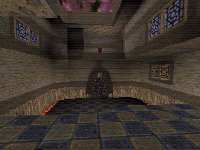 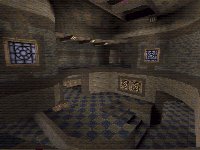 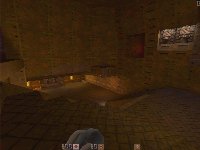 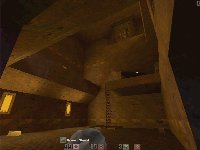 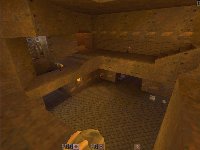 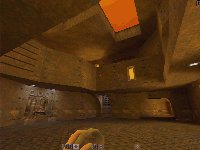 I picked these because of their playabilty. Each of them are pretty fast and thats what I like, fast and furious. Specially Dust as it was like my "breakthough" piece. Also XL Rusted Over since it has a pretty cool layout with the what I call figure at layout. XL Rush because when I play it with a small group I usually get a slight rush of adreniline from it moving so quickly.

XLDM1 - XL Vertical Hangover. That is my worst and diffenently most hated map by me. It screams newbie all over it and the scale is way to big. Some of my friends have labeled it as a Tokay Towers Jr cause of how high one room is. Also because it is so slow and graphically boring.

Worldcraft 1.6 It costed 40 bucks but it was worth it in my opinion. I have tried Qoole and a few others but I really like the layout on this one, and its not hard to navigate. And the camra is really easy to use which I use alot.

Basically try to think of what you would do in a map. When I build a map, I try imagining running though what I have already and what would be where to make it fast. Also connectivity can make or break a map in my opinion. Thankfully XL Dust came out good on that. You can pretty much leave any room by at least 4 ways amazingly. One thing for me is texture usuage too. I hate it when textures don't line up. Recently I have been running though some id maps and noticing all these careless texture probablys that could be easily fixed by some resizing.

Well I have been mapping since I released my first CTF map back in July (1998). So not to long. I tried serveral times before but never got into that much until this past summer.

The part I enjoy most in knowing that some of my maps are featured on other peoples servers. There is nothing better then jumping on a server with my map and getting feedback. Its great to get comments and suggestions as you play the map your self. Plus its just fun to make them in the first place. Oh and its always nice to get compared to some of author great authors.

Seeing how I am only 16 right now and still in school I doubt a job will pop up quite yet. I did get a job offer once over the summer after releasing XL Rusted Over surprisingly but they wanted someone in Cali, and I live in Michigan so that never worked out. For right now though I plan to work on DaSmack as much as possible.

Tough question. Right now I am leaning towards Quake just because its just so much faster then Quake II. Play some Quakeworld then jump into Quake II, you will know what I mean instantly. Graphically Quake II wins but thats just because its a sequal. I am partial to Quake anyways since I bought it before I had the compture to run it on and since I am making that DaSmack map pak with some other great authors.