Thank you to Jerkoff for contributing. Heres his interview... 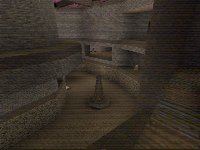 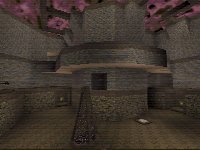 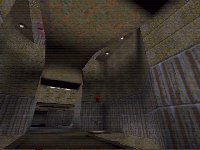 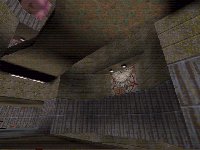 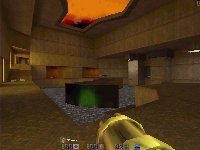 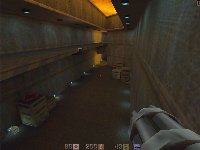 Well, Shroud of the Fallen is my latest map, and I think that it adequately shows what level of designing I am currently at. Synthetic

Origin, because I had a ton of fun playtesting it and I think it's pretty well balanced. Envy Flows, because I didn't want to TOTALLY leave Q2 out. Just kidding! :) Envy Flows was really my first attempt at outdoor areas... and I think I failed miserably. :) But it's real fun.

Hmm... another tough one. :) They all suck! Actually, Reaper's Tomb was pretty bad; so was Singe and Lascerate, for that matter.

I love playing them after I've finished them. :) It's also a great feeling to share them with the public.

I don't think I'd like to make mapping anything more than a hobby. It would be nice to get paid, but gaming can only take you so far in life. :) At least that's MY opinion.

I believe, though, that Quake2 is TOO realistic. Quake2 is based on a marine who crash lands on a planet and has to SOLELY wipe out the "Strogg". 'How realistic SHOULD you get' is the issue here. When I play Q2, I feel like an out-of-shape short person walking around with a 2 ton hand cannon that shoots rockets slower than I can ride a tricycle. While playing Q1, I feel like an athlete running for my life, armed with a slightly lighter hand cannon, but at least it has the potential to kill someone. Sure, Q2 may be more realistic, but is it more fun? Honestly, it all comes down to preference. Hmm... I have the sudden urge to ride my tricycle.