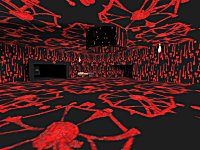 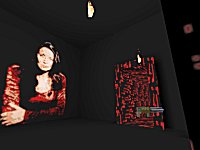 This map is underscored. The layout leads to many strategic possibilities and I think the texturing and architecture are actually quite stylish.

Well, no one else posts the obvious here.

I'm afraid of even looking at the screenshots for too long, I might go permanently blind (and maybe deaf)

the map had quite possibly the most balenced layout ever convinced. there is a unique and visionary use of textures and it uses a theme that's not yet been explored by most mappers. i found the lighting atmospheric and fit the map well.